The Piano Lab
Music is a world within itself, with a language we all understand. 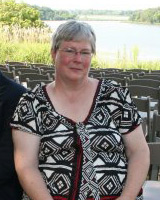 Heather began teaching at The Piano Lab in 1989. She has a Bachelors of Music Education, with a piano concentration, from the University of New Mexico. Heather has taught private piano for many years, and is the choir director and organist at Whitesboro Presbyterian Church. 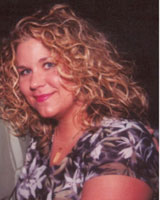 Pam has been involved in music, movement and dance since she was a child. For 28 years, she was a student, local instructor and owner of Take A Bow Dance Studio. After the birth of her son Gabriel, she closed her studio to become a full time Mom. But her love for children and her passion for teaching brought her to the Piano Lab for Kindermusik. She has been licensed through Kindermusik International since 2003. Pam has also been a NYS licensed Cosmetologist for 30 years and is currently working for MVHS  at the St. Luke’s Home. She looks forward to another great year of Kindermusik! 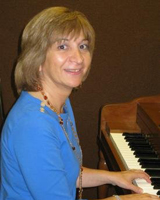 Jeanette is the owner and director of The Piano Lab. She has been a music educator for over 30 years and established The Piano Lab in 1985. She received a performance certificate through The American College of Musicians, sponsored by the National Guild of Piano Teachers. She also studied with the renowned Vivian Harvey Slater, artist in residence at Colgate University. Jeanette is a faculty member  for the National Piano Playing Auditions sponsored by the National Guild of Piano Teachers and is an adjudicator for the Guild Auditions. She is a licensed educator for Kindermusik International, and is also a mentor for Kindermusik, helping teachers from around the world to become licensed educators. Jeanette is constantly striving to teach students and parents the benefits of exposing music at an early age. So much research now shows us that music aids in a child’s development from the very first days of life. She hopes to achieve this goal through structured and entertaining programs  designed for all age groups, including newborns! 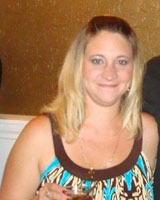 Pamela is a licensed Kindermusik educator and a mentor for Kindermusik International. She began piano lessons at the age of 5, and studied with Mrs. Jeanette Swiderski. Upon entering high school, she studied under renowned Mrs. Vivien Harvey Slater. She then attended Onondaga Community College for music, with a major in piano. Pamela has participated in the National Piano Playing Auditions, sponsored by the National Guild of Piano Teachers. She also plays the flute and piccolo. Pamela is excited to return to teaching. She has two children, Jacob and Kierra. 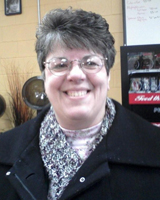 Sharon Wagner graduated from P.V. Moore High School in Central Square, New York. She attended SUNY Oswego and graduated from Kentucky Wesleyan College in Owensboro, Kentucky. She holds a Bachelor’s Degree in Music Education from Kentucky Wesleyan College. She was a keyboard major with choral emphasis. She started teaching private piano in 1973 while attending college. She has studied piano with Dr. Anthony Crain, Dr. Terry Yount, Dr. Diane Earle and Rami Bar-Niv. She has studied voice with Joseph Line, Dr. Robert McIver, and Ms. Holly Weiss. She is a faculty member of the American College of Musicians and serves as an adjudicator for the National Guild of Piano Teachers and is the local chairman for the National Piano Playing Auditions sponsored by the National Guild of Piano Teachers.  She has been teaching piano and voice in the Utica area since 1987.

Mary subs for The Piano Lab, and has been with The Piano Lab since 1988. Mary has studied piano throughout most of her adult life, and has worked extensively with children. She has participated in numerous piano workshops which gives her new insights to current teaching methods, among them being Amanda Vick Lethco, Catherine Rollin, Weekley and Arganbright, Keith Snell and Dan Coates. She is very active in volunteering in her community, and is a past member of the Religious Education Board of her church. Mary has brought her love of music and enthusiasm to The Piano Lab. She enters many of her students in the National Piano Playing Auditions and has received outstanding scores and comments by the adjudicators.

Return to Top of Page